So, my entry for the December 2014 Smalls SAL Challenge is finally done, and, as usual, it’s late (in case you hadn’t noticed). This month I chose a true small — only 32 stitches square — with only two colors — I chose DMC 500 and ecru — and a simple, graphic design that let me spend a lot of time stitching without having to consult the pattern every two minutes. Since I only had the chart, the red button is one I had just lying around in my button tin. It’s probably a little bigger than the design actually calls for, but I’m trying not to let perfect be the enemy of good, as “they” say, and this button is just darling.

This pattern, Bent Creek’s “Holly & White” (from their “One Color” collection), fell into my lap at a very convenient time. I had just completed, at the very last minute, the four Shepherd’s Bush stockings that I stitched for my brother, sister-in-law and my two nieces for Christmas (more about those tomorrow), and I only had a few days left until the end-of-the-month deadline. This design is perfect for a quick and easy Christmas gift. And yet somehow I was still late getting it finished. Sigh.

Looking back at all of 2014, I’m somewhat pleased with my efforts in the Smalls SAL Challenge. I say “somewhat” because, let’s face it, if I were grading on percentages, I’ve only earned 7.5 out of 12, or a lousy 62.5% (it’s 8.5 if you count the “extra credit” small from May — still, that’s only 71%), and I still haven’t finished July’s project, Eileen Bennett’s “Very Victorian… Acorns” (last seen here). 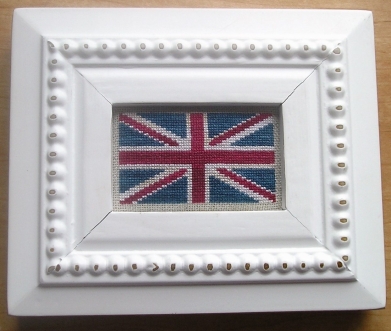 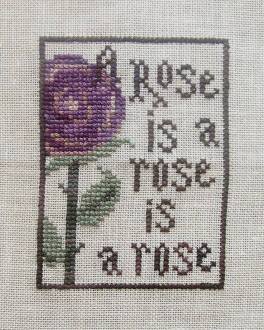 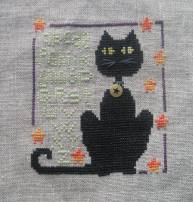 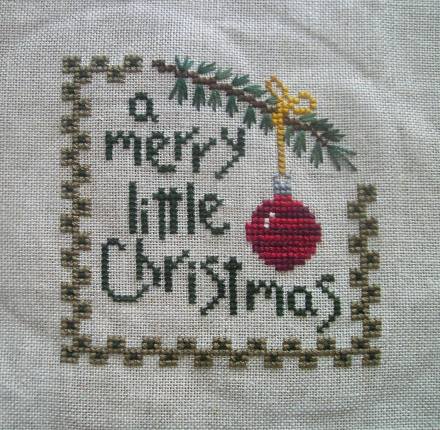 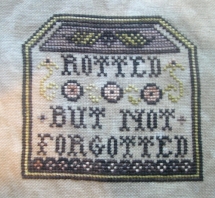 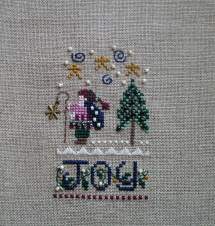 On the other hand, 71% is better than zero, which is where I was headed without the added incentive of participating in the Smalls SAL Challenge. I have not been doing as much cross stitch in the past couple years as I used to do and this group has been a great motivator. I’ve already signed up for the 2015 Challenge. I’ll go over the rest of my stitching goals for 2015 in a later post.

Here’s to a happy 2015 full of stitching goals met (and even surpassed perhaps?)! I can dream, can’t I? Happy New Year!

Write. Knit. Read. Stitch. Teach. Not necessarily in that order. View all posts by Kate

2 thoughts on “2014 Smalls Challenge — a belated entry for December”